How it is already the middle of December?

As the new year approaches, I get super excited about planning for all of the awesome things that I want to do in 2016.

But, before I do that…

Not sure who “they” are, but this quote is legit, people.

As I mentioned back on one of my first blog posts this year, “The Last 18 Months“, I recovered from a pretty crazy injury that I sustained during marathon training in 2013.

Yep, I am THAT person.

The one who runs through injuries and then is forced to take an entire year off.

(If you are interested in reading about that, check out the link above).

I remember those first few days…

My back was killing me, I couldn’t breathe, my calves were cramping, and my shins felt like they were on fire.

But, I knew that on the other side of the pain was something glorious.

I remember finishing my first half marathon, the SLO Half, and bawling like a little school girl at the finish. 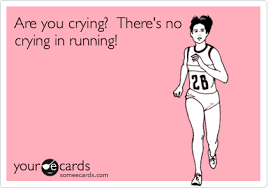 It’s my race and I will cry if I want to, thank you very much.

It was the slowest race I had run in my entire life by about 15 minutes.

Accepting the fact that I was no longer a sub 2 half marathoner was extremely humbling.

I had to stop focusing on being the best…

I learned to appreciate running for what it was, something I loved.

My half marathon time is still about 14 minutes off my PR.

I am still about 30 lbs heavier than I would like to be.

I have dropped 8 minutes off of my Half Marathon time.

Women’s Running Magazine published a few of my blog posts.

I became a BibRave Ambassador.

Those are HUGE accomplishments!

I am so proud of all of them!

Feeling down about where your running is now?

Do what I just did…

Look at how far you have come!

Focus on your accomplishments.

I bet you will look at things a little bit differently. 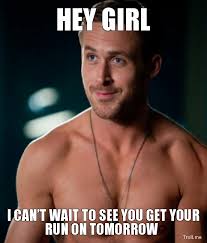