Hello and Happy day to you!

As you can tell from the title of this blog post, Rock n’ Roll San Diego didn’t exactly go according to plan.

But more on that later…

Heather (sloluckyruns.com) and I left SLO around 8:30 am on Friday.

We stopped in LA at Lemonade for lunch and unfortunately hit traffic.

Luckily for me, Heather is a great conversationalist and we chatted the entire time so it didn’t feel like a long ride.

We arrived in San Diego (after an 8 hour drive), checked into our hotels and headed over to the Expo. 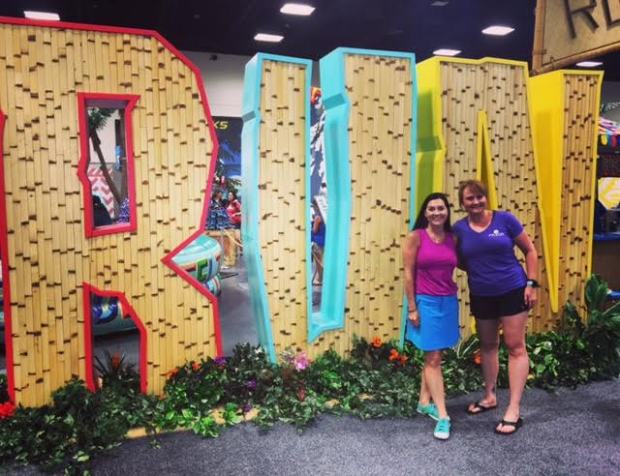 Heather was the PERFECT person to go to the expo with because she loves them as much as I do.

We hit up (pretty much) every booth, chatted and checked out all of the free stuff.

And boy was there lots of free stuff.

This was probably one of the best expos I have been to in all of my years and races….

And that is a lot.

But who is counting?

I did my typical #FlatAshley with my 5K outfit…

And woke up the next morning, ready to Rock n’ Roll.

See what I did there?

For a 5k there definitely were a LOT of people running it.

Which was really exciting.

The weather was very humid, but because the race was so short, I wasn’t too worried.

I was in corral 2, and we started running almost immediately after corral 1.

After running about a tenth of a mile, I started feeling a twinge in my left hamstring.

Something did not feel right.

My entire back leg began to tighten up and it started hurting.

I walked for a bit.

And the pain/tightness did not go away.

I tried to run again…

I thought about scraping the race (I mean it was only a 5k) but just couldn’t give up.

I walked the rest of the race. 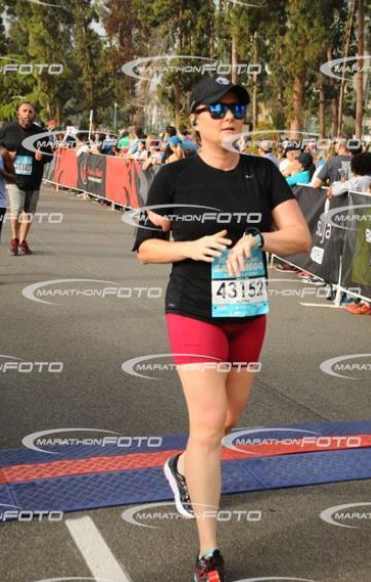 Do I look pissed?

Because I definitely was.

After the race, I went into panic mode.

I still had the Half Marathon to run and knew I couldn’t do it feeling the way I did.

I called every sports massage therapist I could find on Yelp…

And was fortunate enough to find San Diego Sports Massage.

Mike was awesome and called me back almost immediately.

He is a runner and has run Boston 6 times!

So I knew I was in good hands.

He got me in at 2:45 PM and did a great job trying to work out the tightness in my hamstring.

I left the appointment feeling better, but still…

It was then that I accepted the reality that I was not going to be running the Half Marathon the next day.

I will admit that I cried (a number of times) and was totally pissed off. 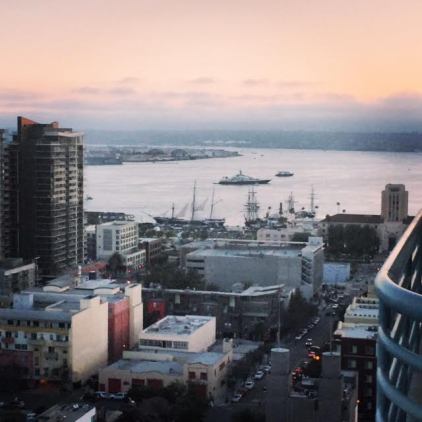 But, I cracked open a beer, took a look out at the view from my hotel and realized that life could be a whole lot worse.

Because things could always be worse.

On to the next!

26 thoughts on “San Diego Rock n’ Roll Half Marathon: The Race That Wasn’t.”

Follow Rather Be Runnin' on WordPress.com
Join 5,432 other followers